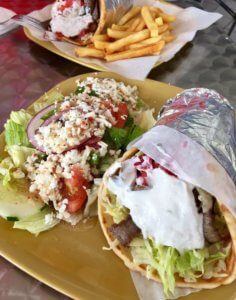 Sofia’s Greek Grill is located in Clearwater, Florida which is twenty-three miles from Tampa, Florida. Owners, Sofia and Peter, opened the restaurant once their two daughters were grown and out of the house. Their eldest daughter, Vicki is a pediatrician and Mary Anne is a marketing executive.

Peter and Sofia were raised in a small village in Greece called Koroni. They got married in 1977 and soon immigrated to Worcester, MA. Over the years they opened several successful restaurants serving both Italian and Greek cuisines including Sofia’s Greek Grill.

The enthusiasm they have for their restaurant is contagious and patrons come back again and again. They have garnered four hundred and eight internet reviews that give them a strong four-point-seven-star rating.

Founder of Acropolis Greek Taverna is Sam Waez. He was the youngest of eight children living in the amazing islands of Greece. Family meals back then were full of loud laughter, amazing food and dancing incorporating all of the tradition of the Greek culture. When Sam was young, he worked in his brother’s restaurant where he honed his skills as a cook adding his own twists on traditional Greek recipes. 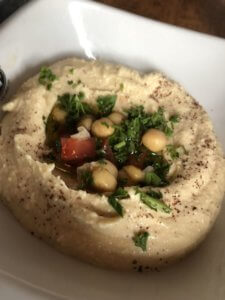 After he graduated from school, Sam made his way to the United States to pursue the American Dream. He worked in all sorts of restaurants from mom and pop places to franchises to fine dining establishments. He learned the trade from top to bottom and knew he would someday own his own restaurant.

Sam’s unique restaurant brings in clientele from all over the greater Tampa area. He has over one thousand positive posts online with well over a four-star rating. Not only is the food amazing the entertainment keeps people coming back for more.

Louis Pappas Fresh Greek was opened by a third-generation member of the Pappas Family, Louis L. Pappas, when he opened his own restaurant located at 3409 W. Bay to Bay Boulevard in Tampa, Florida. Louis worked for his father and uncle’s restaurant in Tarpon Springs, Florida starting as a busboy to eventually become the Chief Executive Officer. 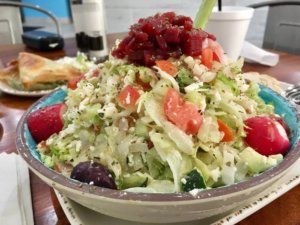 Louis never went to culinary school; however, he had a great flair for cooking using traditional old-world recipes and adding his own twists. His goal was to create a fresh new twist on Greek food without abandoning the traditional recipes. He has even published a cookbook called Louis Pappas New Generation of Greek Cuisine.

The theme to his new place is to cater to the casual market without straying from his Greek heritage. His determination has earned him a strong four plus rating on the world wide web.

The technicians at Tampa Hood Cleaning Pros are professionally trained to the National Fire Protection Association standards. Most commercial kitchen should have a professional hood cleaning done every three months. Fire Marshals are beginning to demand a restaurant not rely on their employees to clean the commercial exhaust system. They just do not have the expertise or equipment to remove all of the grease and grime that can accumulate in the exhaust system, filters and turbine on the roof.